Skip to content
Home Living with Migraine: How to Survive?

Living with Migraine: How to Survive?

Migraine… every day we hear this word from our friends, colleagues, co-workers, family and so on. But very often, we underestimate the seriousness of this problem. We used to think that a migraine is a usual headache that can be easily removed with a painkiller. But is it really so? People who had migraine describe it as a “drill in my head”, “a piece of ice stuck in my eye”, “pain that steals my life day by day”. This is not just a headache, but a serious neurological disease that requires treatment and regular visits to the doctor. In Canada, every fifth person suffers from migraines. Only those who have experienced this disease firsthand can realize the real seriousness of the problem.

What Is Migraine and How to Recognize It? 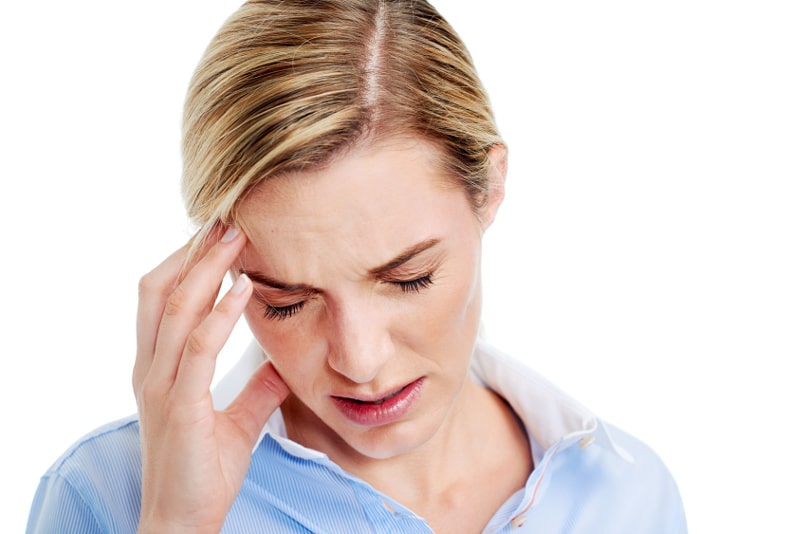 The most common symptom of a migraine is a severe headache. It refers to primary headaches that are not caused by any other disorders. Migraine pain is characterized by a number of characteristic features. Usually, only part of the head hurts, the pain is throbbing in nature, increases with light and sound stimuli, some smells, and also with the slightest physical exertion. Migraine pain is often accompanied by nausea. In addition, it is characterized by an aura.

A migraine attack has several stages. The first stage begins a few days or hours before the pain starts. A person experiences a whole range of symptoms: headaches, nasal congestion, drowsiness, weakness, it becomes difficult to concentrate on everyday tasks. Light and sound sensitivity develop. Anxiety and irritability increase.

The next stage is the aura. This is a special condition with short-term visual disturbances such as flashes of light, blurry spots, bad vision. Due to changes in the activity of the cerebral cortex, “Alice syndrome” can also occur (named after the heroine of the fairy tale by Lewis Carroll). This is a violation of the visual perception of the body: your own body or surrounding objects seem larger or smaller than their actual size. But, in general, an aura is not an obligatory symptom. Only 20% of patients experience it.

The cessation of pain is not the end of the attack. The pain phase is followed by a migraine hangover: the head no longer hurts, but the patient’s health remains poor. Weakness and inability to focus stay for a long time, and it’s impossible to concentrate on something. The pain phase lasts from 4 to 72 hours, becoming longer and more severe over time.

Migraine is the third most common disease in the world. This disease, more often than other ailments, leads to a decrease in productivity and temporary disability at the age of 14–49 years. According to statistics, 53% of patients need bedrest during a pain attack.

Despite the fact that this is a fairly common disease that significantly reduces the quality of life, not all patients know about the importance of a consultation with a doctor. Unfortunately for them, the headache is not considered as something serious, and they could ignore this disease their whole life.

The exact cause of migraine has not yet been identified. Scientists suggest that one of the main reasons is elevated neuronal excitability. The disease is based on a genetic defect that causes a violation of serotonin metabolism in the central nervous system. Migraine usually manifests itself before the age of 20, women suffer from it more often. The reason of the violation is not completely clear, but it is known that migraine can be inherited in families. There exist some triggers that can provoke the pain.

The most common triggers are:

Definitely, hormones do their part. Women suffer from migraines three times more often than men, and 75% of them experience attacks during menstruation.

To detect attack triggers, it’s recommended to keep a daily headache diary in order to note everything related to migraines: the date they appeared, the foods eaten, weather conditions, the nature of the attack itself. This will help to understand the reason for the disease, what could provoke it, and what medications are effective against migraine. Such a diary will help you deal with the pain and also realize what medications are most useful and effective for you. By the way, you can always use special applications that will help find necessary drugs at US pharmacies. Moreover, the app shows all the available and most reliable online pharmaceutical services.

How to Treat Migraine?

Thanks to the migraine diary, you can understand the triggers of the attack and reduce the likelihood of its occurrence, or at least reduce its severity. Only a doctor should prescribe the necessary treatment and medications. Drug treatment is aimed at changing the activity of certain areas of the brain. Self-treatment is dangerous as it could lead to more frequent and intense attacks.

Usually, patients use traditional painkillers (analgesics, non-steroidal anti-inflammatory drugs). The very first stage of the attack could be stopped by ibuprofen or paracetamol. If they are ineffective, serotonin receptor agonists are prescribed, such as triptans. The drugs in this group are specially designed for the treatment of migraine. You can always check the price and the availability of the drugs using local search or international prescription services such as My Canadian Pharmacy where you can find generic paracetamol with 40%-60% discount.

It’s needed to take the drug at the very beginning of the attack, it is not recommended to endure the pain as an early medication will partially cope with migraine pain. During an attack, it is best to avoid loud noises, bright lights, and flashing objects. The treatment is correct if the number of days with migraine has been reduced by half or more. A person suffering from migraine attacks should always have painkillers.

There are some other ways to quickly relieve an attack. Some patients experience relief in a quiet, darkened room. A cold compress on the forehead and neck may help. At the very beginning of an attack, it can be stopped by breathing exercises. Rubbing peppermint oil into the skin of the temples and neck is quite effective: according to neurologists, it is comparable to a paracetamol tablet.

Is It Possible to Cure Migraine?

There is no cure for migraine, as it is a hereditary disease. The main task is to maintain a high quality of life. To achieve this task, the patient should follow some recommendations: