Home Who We Are Board of Advisors

Maureen Bisognano, MS, is President and Chief Executive Officer of the Institute for Healthcare Improvement (IHI); an independent not-for profit organization helping to lead the improvement of health care throughout the world. Previously, Maureen served as IHI’s Executive Vice President and Chief Operating Officer, leading IHI along with former President and CEO Dr. Donald Berwick for 15 years. She is a prominent authority on improving health care systems, whose expertise has been recognized by her elected membership to the Institute of Medicine of the National Academy of Sciences and by her service on the Commonwealth Fund’s Commission on a High Performance Health System, among other distinctions.

Richard Bohmer, MBChB, MPH, is a New Zealand trained physician on the faculty of Harvard Business School. He teaches an MBA course on health care operations management, co-directs the MD-MBA program, and is the faculty chair for two executive programs in health care delivery. Dr. Bohmer’s research focuses on the intersection between medical care and management practice and concentrates on understanding how best to design and manage the process of patient care in order to improve clinical outcomes. Before joining HBS, Dr. Bohmer was the Clinical Director of Quality Improvement at Massachusetts General Hospital, where he was responsible for planning and implementing the institution’s clinical quality improvement program. 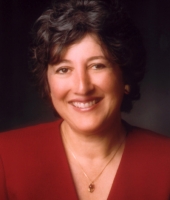 Patricia A. Gabow, MD, was CEO of Denver Health from 1992 until her retirement in 2012, transforming it from a department of city government to a successful, independent governmental entity. She is a Professor of Medicine at the University of Colorado School of Medicine and has authored over 150 articles and book chapters. She has received the AMA Nathan Davis Award for Outstanding Public Servant, the Ohtli Award from the Mexican government, the National Healthcare Leadership Award, the David E. Rogers Award from AAMC, the Health Quality Leader Award from NCQA and was elected to the Association for Manufacturing Excellence Hall of Fame for her work on Toyota Production Systems in health care.

David M. Lawrence, MD, MPH, is former CEO and Chairman of the Boards of Kaiser Foundation Health Plan, Inc. and Kaiser Foundation Hospitals, retiring in 2002. Lawrence began his career with Kaiser Permanente with the Northwest Permanente Medical Group in 1981, and held the positions of CEO and Chairman since 1992. He currently serves on the Boards of Agilent Technologies, Pacific Gas and Electric Corporation, Raffles Medical Group of Singapore, McKesson Corporation, and the RAND Health Advisory Board, among others. Prior to joining Kaiser Permanente, Lawrence worked in academic medicine, public health, and international health. He is board certified in general preventive medicine. 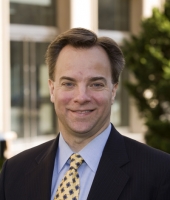 Mark McClellan, MD, PhD, is director of the Engelberg Center for Health Care Reform and Leonard D. Schaeffer Chair in Health Policy Studies at the Brookings Institution. Dr. McClellan’s work focuses on promoting high-quality, innovative, and affordable health care. Dr. McClellan is a former administrator of the Centers for Medicare & Medicaid Services (CMS) and former commissioner of the U.S. Food and Drug Administration (FDA), where he developed and implemented major reforms in health policy. These include the Medicare prescription drug benefit, FDA’s Critical Path Initiative, and public-private initiatives to develop better information on the quality and cost of care.

J. Michael McGinnis, MD, MA, MPP, is a physician, epidemiologist, and longtime contributor to national and international health programs and policy. An elected Member of the Institute of Medicine, he has since also served as Executive Director of the IOM Roundtable on Value & Science-Driven Health Care. He founded and stewards the IOM’s Learning Health System Initiative, and, in prior posts, also served as founding leader for the
Robert Wood Johnson Foundation’s (RWJF) Health Group, the World Bank/European Commission’s Task Force for Health Reconstruction in Bosnia, and, in the U.S. government, the Office of Research Integrity, the Nutrition Policy Board, and the Office of Disease Prevention and Health Promotion.